by Antares / choreography by Ramli Ibrahim 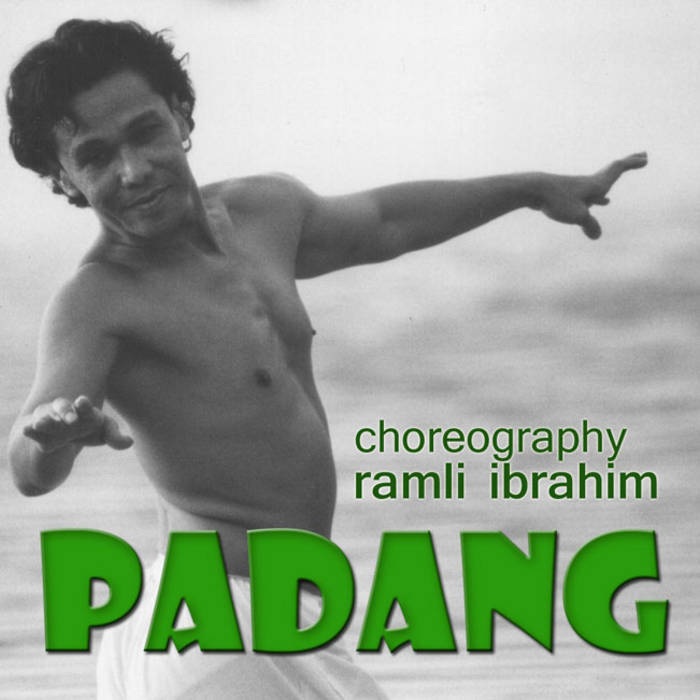 INTRO: First light. Fog machines fill stage with an even mist to a height of 2 feet. Music starts in sync with blueish pre-dawn ambience which gradually turns to greenish as silhouetted props become visible (a gothic fountain, a few old trees, the recognizable outline of the State Secretariat, now the Sultan Abdul Samad Building). Three high-pitched notes [at 1:18] cue sunbeams cutting through the dawn haze and illuminating a lone figure rousing slowly from a park bench, yawning and rubbing sleep from his eyes. Shadowy figures are seen in the background – municipal workers, perhaps, or vagrants. A spot lights up the clockface on the tower. Chimes are heard. It is 7 a.m. and the lone figure seems to have a terrible hangover. [1:55]

TIMEFIELD: Enter a procession of figures from the past to the present. Dulang washers, women with baskets of fruits & vegetables, coolies, roadsweepers, brigands & their henchmen, civil servants, office workers, lawyers, towkays, schoolkids, itinerant hawkers… while a spritely elfin figure in padang green (representing the padang dewa) prances around, weaving in & out of the pedestrian patterns. The lone figure with the hangover, confronted with this vision, is at first startled, then amused, as he follows each group of characters until he encounters the dewa, who dances playfully with him, inspiring him to abandon himself to flamboyant celebration… until a few hooded ghouls (clerics?) suddenly appear on the field and their obvious disapproval puts a damper on the drunk’s festive revelry. The drunk joins the procession and exits… [5:36]

PLAYFIELD: Meanwhile a boisterous bunch of youngsters enter the field [at 5:57] and take over the padang with their acrobatic horseplay (evoking memories of Yap Ah Loy and his kungfu gang).

MARCH OF TIME: [At 6:32] a uniformed troop marches in, interrupting the youngsters’ horseplay. The kids watch the military-style drill, and soon begin to mimic the marchers. The sun becomes intense and seems intent on melting the marchers… until the heavens decide to rain on the parade [at 7:38]…

FLOOD ON THE FIELD: The sky darkens, lightning flashes, thunder crashes. The marchers cower and quickly disperse. Figures in raincoats with windblown umbrellas dash about frenetically, while others huddle helplessly from the afternoon thunderstorm. Dark cloudy forms take over the field – the spirits of the angry sky. But nature’s temper tantrum doesn’t last forever. Soon, the elemental rumbles echo away and the sky lightens again. [8:33]

CRICKET ON THE LAWN: As the rain abruptly stops a few stately figures in cricket white make their nonchalant entrance and play a few wickets, as lovers stroll by to enjoy the fresh air.

SOCCER TIME: Our insouciant cricketeers are rudely upstaged [at 10:15] by a rowdy team of soccer players who barge in with their jazzy footwork and dominate the field. A lot of running, kicking, dribbling, skidding, standing around, center-forwarding and goal-keeping movements ensue, including a few rough tumbles. Everyone is left panting as the practice game ends. [12:45]

TEH TARIK: … until the clock strikes 7 in the p.m. [at 14:44] and hawker stalls suddenly appear, along with a hubbub of humanity in search of affordable refreshment.

REMPIT FEVER: It’s Saturday night and the first Mat Rempits appear [at 15:27]… setting the stage for…

THE QUEENS’ GRAND ENTRANCE: [15:55] Truly a sensation in sequins & stilettos, every move they make is pure affectation. Sensual, silly, and a bit sad, these Queens are regal and funny, posturing with angular features, manicured nails, silicon boobs, and haughty coquetry. The crowd gapes & gawks & goes gaga as the Queens flaunt themselves like predatory mantises, teasing each other and bickering over nothing. [18:20]

TRANSGENDERED WALTZ: As the queens begin their beauty pageant, a few guys shyly approach and accompany them, changing partners as they waltz across the field.

BLACK LEATHER: Bikers on the prowl [at 19:22] – an ominous mood descends as members of the Black Leather Gang roll up on big bikes. Swaggering past hawkers & gawkers, these macho guys initially appear intimidating, and the Queens feign terror and panic. But soon enough the tension turns into a game of tease and tango.

BOYS IN BLUE: [At 21:25] Blowing on whistles, the law intrudes. A wild goose chase ensues like a Keystone Kop movie in a surreal dance of hide & seek, the dancers exchanging bits of costume until the distinction blurs between Queens, Bikers & Cops. Suddenly the padang dewa reappears [at 23:28] and performs a mesmerizing solo which casts a spell on everybody.

FIELD OF DREAMS: As the padang dewa dances, the assembly of Queens, Bikers & Cops shed their costumes, become rehumanized, and merge into a unified group, joining the padang dewa as an ensemble. A small group of inebriated celebrants stagger out from the direction of the Selangor Club [at 25:36], one of whom is recognized as the drunk seen at the start of the performance. The drunkards do a jerky jig as the trombone plays [25:50] and the rest join in, spontaneously breaking into a celebration of their shared humanity.

BATTLEFIELD: The assembly freezes [at 27:00] as dense fog billows across the stage, obscuring the field. The lights go crazy as the dancers swiftly vanish, leaving only the original drunkard who manages to stagger towards a park bench upon which he promptly collapses, apparently unconscious. The padang dewa prances about in agitation. In the background a swift procession of human figures carrying banners & placards sweep across the field and disappear. From above, sinister barricades, NO ENTRY signs and razorwire descend, sealing off the padang… even as the dewa attempts to shake the unconscious drunkard awake. The fog level rises and canister-like objects are flung onstage from both wings… as the clock chimes one last time, darkness rapidly descends on the padang.

My output mostly dates back to the 1980s and has been heard by a mere handful. This isn't what I'm into now but at least I'm not too embarrassed about it.

Collaborations with others & freestyle choreographic works form an integral part of my archive.

I enjoy being the world's least ambitious musician. ... more

Bandcamp Daily  your guide to the world of Bandcamp

New sounds from Mavi, Ivy Sole & Moderator, plus AJ, the One joins the show, for her latest release